Thank you for all your prayers for the new school year! Welcome week went unbelievably well. Our students met so many people, but the coolest thing was watching people they met continue to return and get plugged in.

I wanted to share some cool new things we tried this year. This welcome week we really wanted to focus on casting our nets wide. God has such an amazing vision of all the nations being included in his kingdom, so we wanted to do some specific events to reach diverse people groups. We had two events that were specific to international students (Big Howdy & Furniture Giveaway), one event trying to reach Latin American students (Latin Xplosion), and one event trying to reach Asian American students (Worship and Boba). I'd like to share about two of those four events! 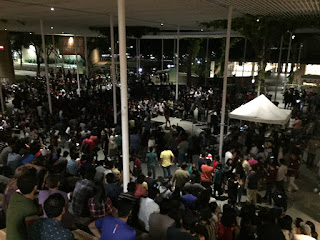 This event was so cool! A bunch of different Christian ministries come together to throw a huge party to welcome international students to UTD. All the different ministries have booths set up for students to learn more about them, there is free food, live music, dancing, and giveaways. There were about 1200 students who attended this outdoor party.

I helped to organize student volunteers to meet people during this event, and I probably had about 40 people come to help work our one booth. At first everyone thought I was a little crazy for having that many people, but by the end of the night, they realized we probably could

have had even more people helping us!

At the booth, we basically just tell international students who we are, how they can get involved, and invite them to our upcoming welcome week events. As the event got into full swing, we had waves upon waves of students coming to talk to us. At different times I would look around and saw that all my volunteers were talking to people. We got almost 400 core cards from that one event! It was the craziest and coolest welcome week event I've ever had the pleasure to be a part of! 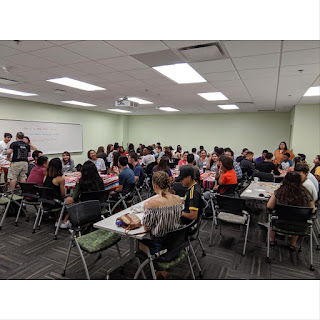 So myself, Sandra Salvedor, Maria Lefki, Joshua Soto, and Adriana Gonzales helped to put on this event. As a staff we really wanted to make a space to invite people to join in being a part of creating a diverse culture. As someone who really is mostly a part of the majority, it's incredibly difficult for me to understand what it's like to walk into a place and realize that no one looks like me, no one speaks the language I prefer/my family uses, no one understands my culture or how I grew up. When you're the minority, you can crave to be a part of something that feels comfortable and safe when everything around you is so different. Lots of students will just plug into an organization or group who look like themselves, and I totally get it. But we can never achieve diversity if people don't join in with something that is different than what they're used to.

We weren't really sure how many students would turn up, but that night we had quite a surprising turnout! We probably have 80 students come! We did a Mexican styled bingo game and had some get to know you things sprinkled throughout. This was designed to be a come and go event, but the coolest thing was that the vast majority of students stayed the whole time!

Maria, Sandra, and Josh also shared their experience coming into a ministry that was predominantly white and shared about why they decided to stayed, then they made a case for why these students should join something that was diverse. It was pretty powerful hearing their stories, and I've already seen some pretty neat fruit come from this event. And we received a lot of feedback from students who came that they were so thankful to have an event like this. They said it meant a lot to them.

Over and over again I just realize how good God is. I remember coming to college and God bringing me into community. That was just such a powerful moment that radically changed my life. And it's so cool to get to be a part of creating spaces for God to do the same thing for all these students. I hope through this welcome week we were able to show people that God cares about everyone! It's so easy to go through life and only really reach out to people who look like you or think like you, but Jesus didn't go to people who looked like himself or thought like himself. Instead he asked to dine with sinners. He talked with foreigners and those who were despised. This was just such a great reminder to be more purposeful in reaching out to people who are different from myself.

Anyway thanks for reading all this. I hope in encouraged you! 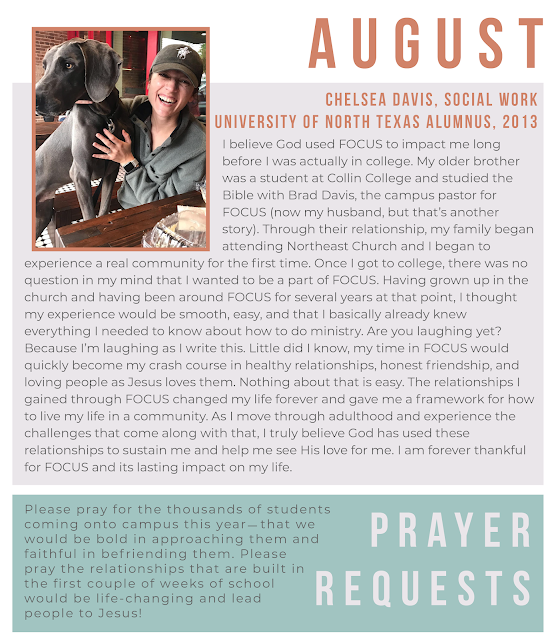