A Million and One Things

I think I could probably write 20 pages on all the things that happened in March.  I don't know if you had a busy month, but I feel as if the whole month was just a blur because of all the things that we had going on.  A few things I'm really excited about and want to share were SSI and the Spring Showcase Event we put on. 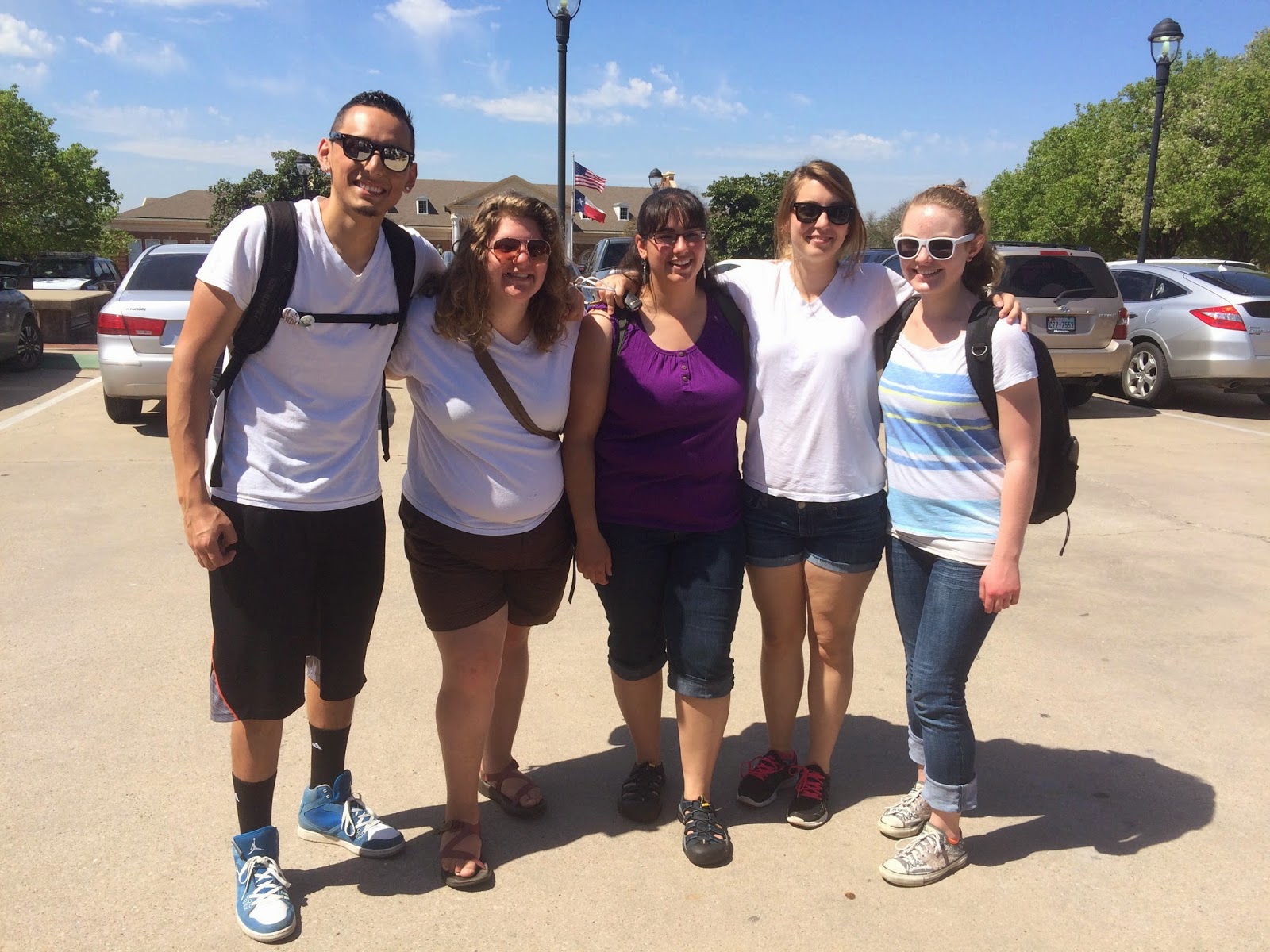 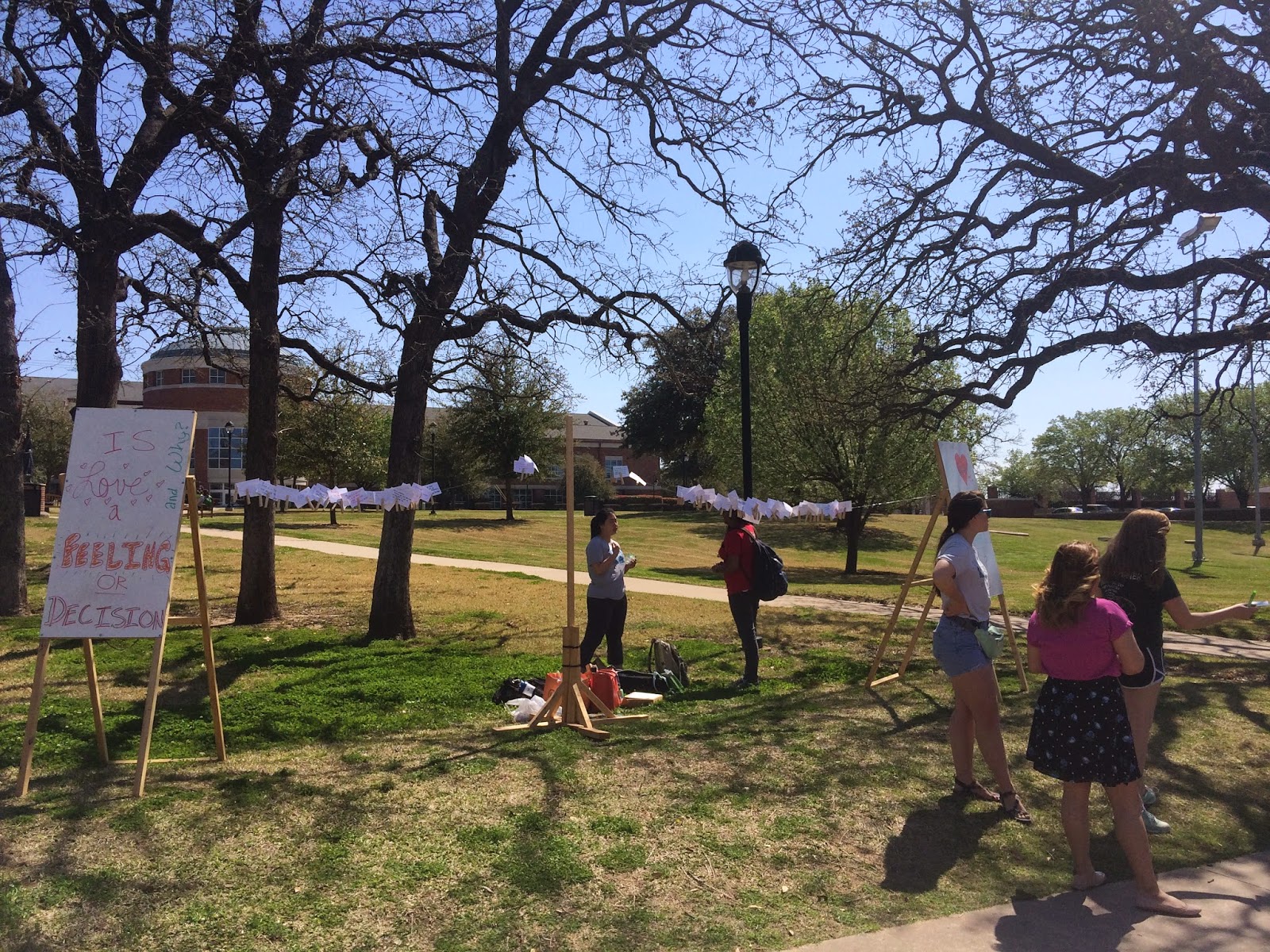 I have so many thoughts and feelings about SSI.  I had so much fun that week, and I think I learned so much.  The three years I was at UTD, I never really participated in it.  Now I'm really sad I didn't.  Those students are the coolest!  If you don't know what SSI is it stands for Spring Student Impact.  A group of students from Washington spend their spring break going to other college campuses around the US to do evangelism and bless those students.  The fact that students would spend money and time to do that is so humbling.  Those students not only made the decision to give up their spring break, but they worked tirelessly, were so bold and committed in their outreach, went super early in the day until late at night, all without complaint.  The SSI students were so bold with doing outreach. The ask questions about Jesus.  They asked the people they were talking about if they could pray for them.  They got numbers and got the people they were talking to hooked up with a student from Denton.  They invited the people they had met to FOCUS.  Most of all their outreach didn't stop when they had left the outreach times.

One really cool story I want to share happened on Wednesday.  Tuesday through Thursday during SSI week we had outreach going on both the UNT campus and the TWU campus.  On Wednesday I had a group out at TWU, and we finish earlier than the UNT group.  We headed over to the square where we were going to meet the other group soon.  While we were waiting for them, we ran into this guy with three of the cutest, tiniest dogs ever!  All of us started playing with the puppies, except for one girl, Lexie.  She started talking to the guy, asking him questions.  Of course he asks her about herself, so she shares she's from Washington and in Texas on a mission trip.  So they start talking about that.  They talked for many 30 minutes as everyone else arrived, then he said he had to go eat.  The SSI group starts debriefing the day, and maybe 30-40 minutes go by when this guy comes back with fruit and juice for us.  He even brought cups and ice.  He said he thought what we were doing was really cool, and he wanted to bring us that in order to let us know.  I was just so encouraged and challenged by this.  Conversations really do matter; they really can have an impact!  And God is really cool. 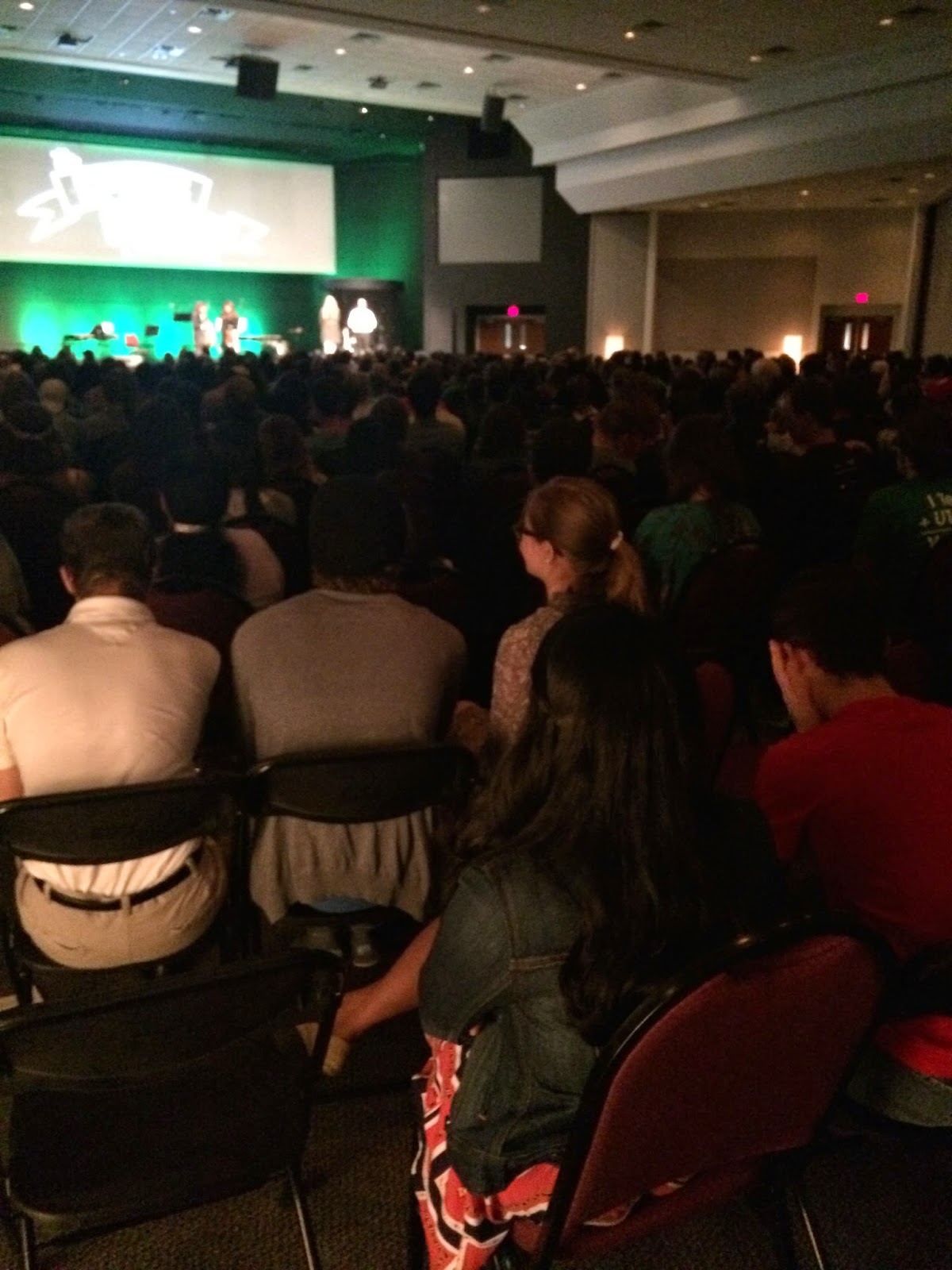 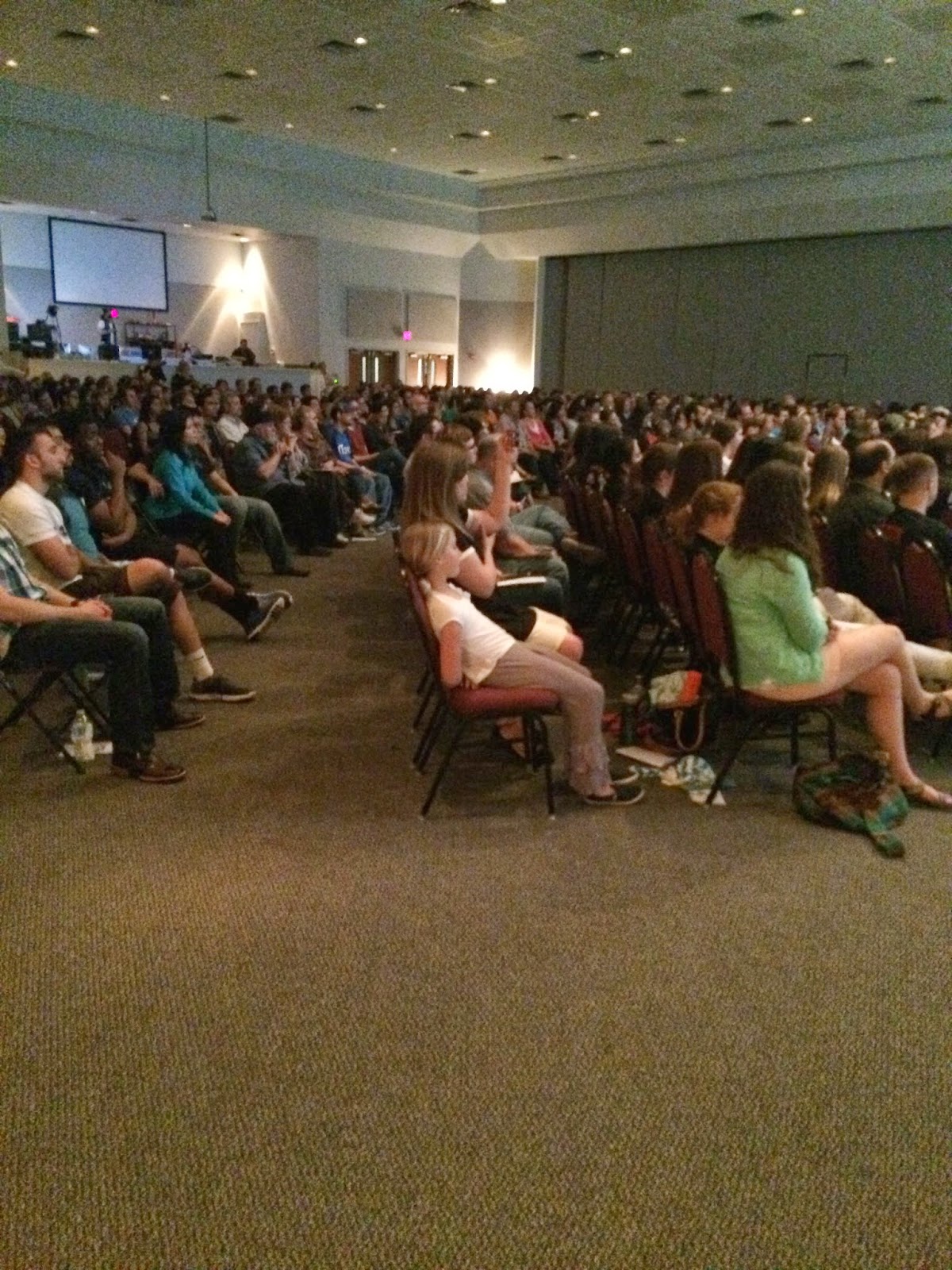 I'm not sure if these photos really show just how packed that auditorium was, but let me assure you it was packed.  It was so encouraging to see that many people show up.  We had four weeks to plan the event.  Two of those weeks had snow days.  One of them was spring break, and the other was SSI.  Seriously, it was only God who made this event successful.  He was able to bring a community together in such weird circumstances in order to get his work done.

The Spring Showcase was an event to raise funds for SICM.  We send students there every year, and it is a christian student leadership camp that helps develop student leadership skills.  It helps these students think through discipleship while also letting them see God at work in another ministry half way across the country.  As someone who has gone to SICM before. I can assure you it is a life altering trip.  You learn so much while also being given so many resources on how to keep learning and thinking after you leave.  The trip is kind of expensive, and we really don't like money to be an issue.  If a person is willing to commit to learning about God, we want to make sure they have an opportunity.  This showcase was a way for us to help the students be able to afford this trip, and we were very successful.  Sadly I don't have statistics or number yet.

We've also just received a lot of positive feedback from the event which has been so encouraging since we were working under such stressful conditions.  It really was a fun event to plan:)

Well to wrap things up, I hope you had a good month.  I'd like to ask that you pray for my brother.  He's really struggling with drug addiction and mental health.  I'd also really appreciate it if you could be praying for my fundraising for staff.  If there is anything I could be praying for any of you, please let me know:)

You guys are the best,
Sarah

Thanks For The Memories

I only have two things to share with you.  The first is a girl from TWU getting baptized!!!!  It was so great seeing in happen.  The girls name is Adriana, and she's been in my core all year long.  At the beginning of the year, she was so unsure about God, but she asked so many questions!  You could tell she was really seeking him out, and at the beginning of February she was finally ready to accept him as Lord.  Getting to see that transformation was so encouraging.  It's so cool to see what God can do.  Adriana had contemplated for a long time on whether she was ready or not to actually get baptized (she just felt like the commitment was a really serious one and didn't want to make it haphazardly).  When she finally decided to do it, it was soooo cold outside!  I was so proud of her though.  Instead of postponing the event, she went ahead and got baptized (and let me tell you it was freezing outside)!!!!1 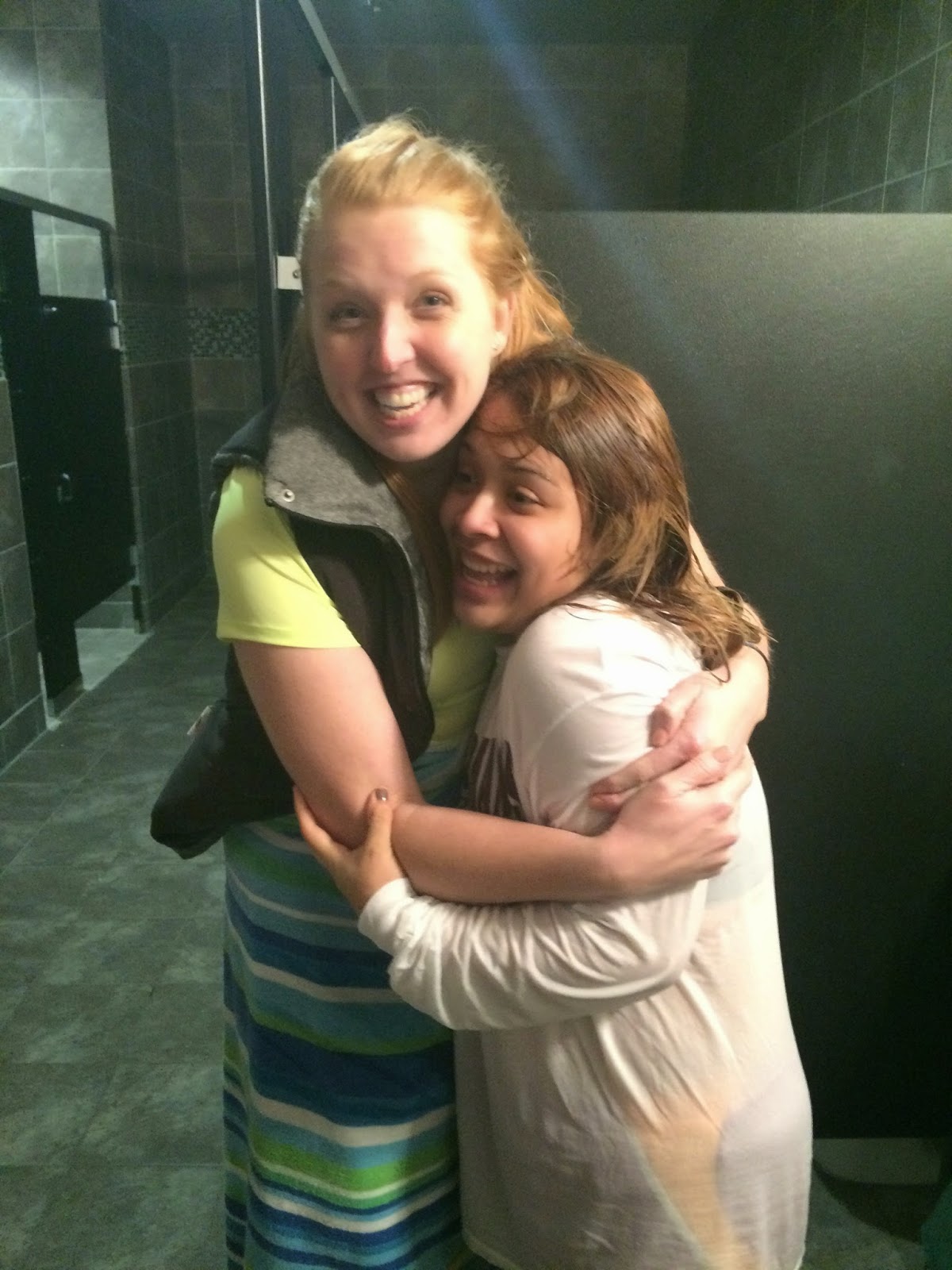 The next awesome update is our parent night.  I cannot even tell you how encouraging it was to hear parents talk about the transformation's their kids have had since coming to FOCUS.  I seriously was tearing up almost every time a parent talked.  We had a lot of parents and family members come as well which was really cool! 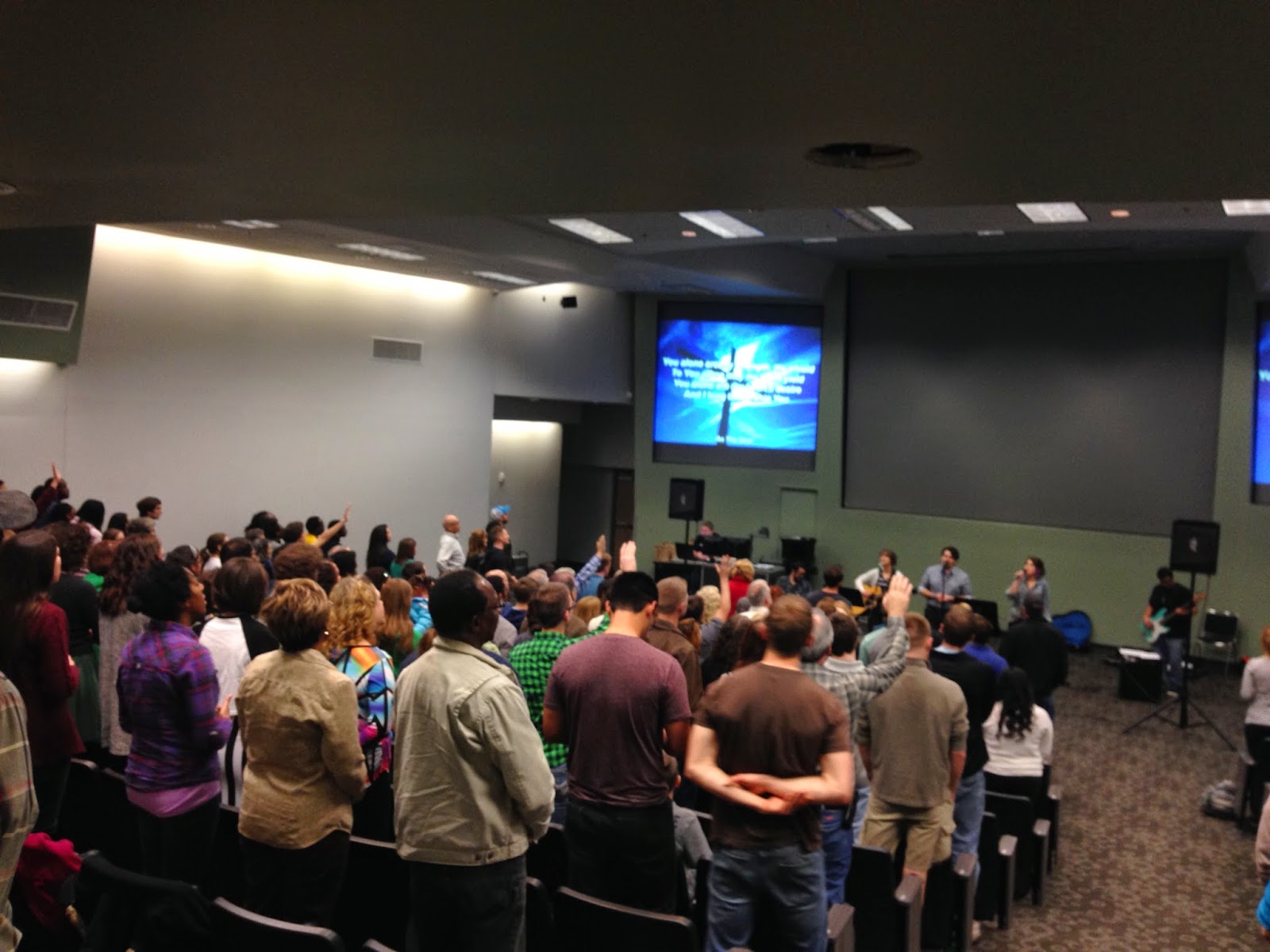 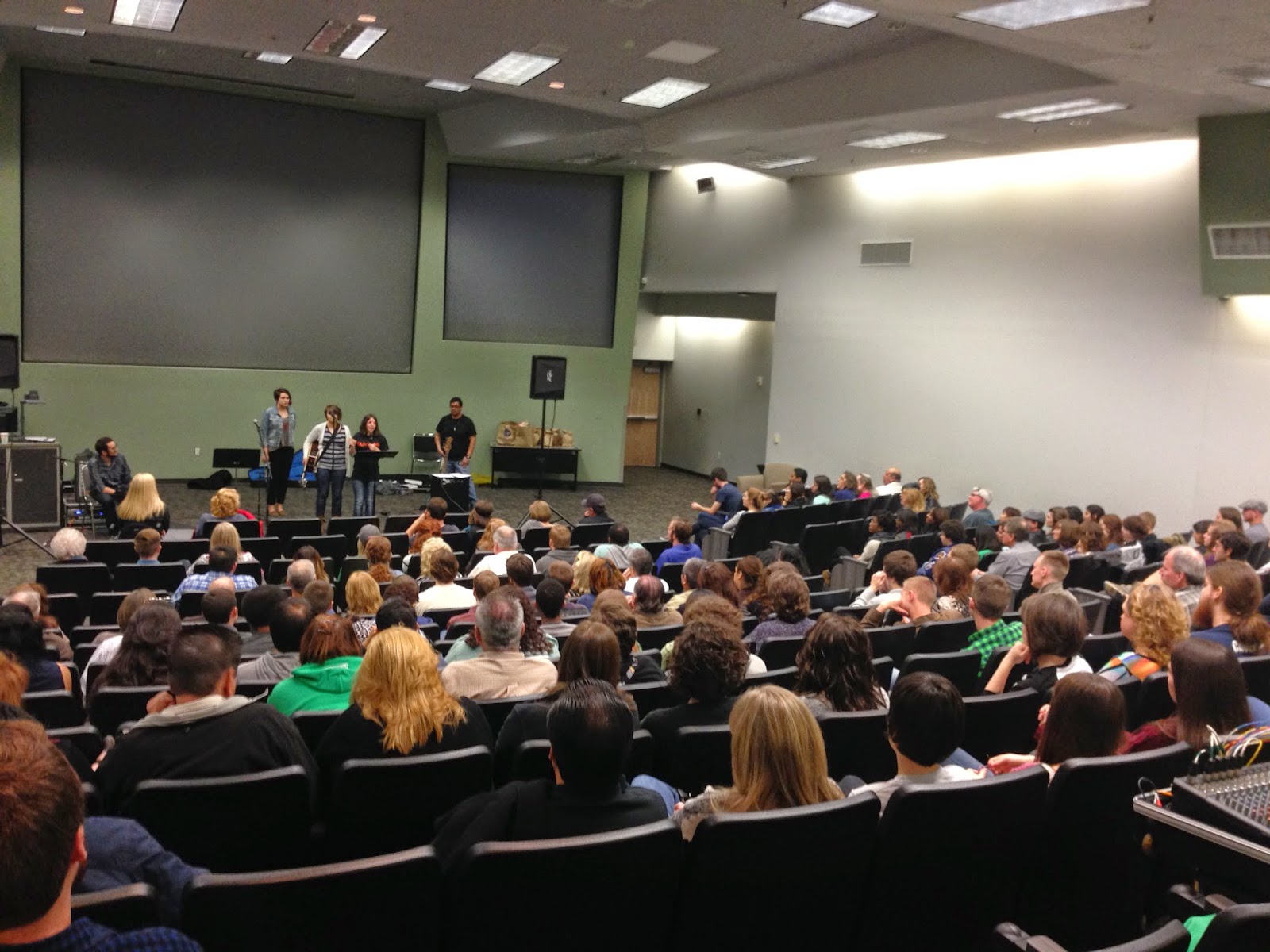 I hope you had a great February and enjoyed the snow and ice.  I got a few snow days out of that; if you did too, then I hope you got to relax and recuperate like I did:) Thanks so much for all your support and prayers.
at March 01, 2015 2 comments: