I hope you're enjoying spring as much as I am! I love it when everything begins growing again after winter. It's just such a beautiful time of year, and the weather is some of my favorite. 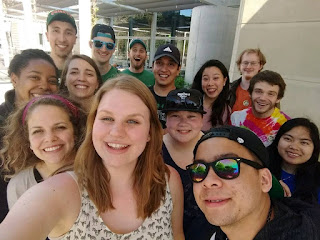 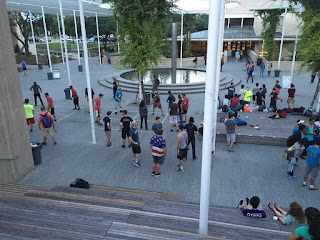 Anyway, I wanted to update you on how SSI went. Every year we have students come down from Washington during their spring break to do evangelism on our campuses. By the way, this is the same ministry that hosts SICM - the ministry conference we're sending students to in May. We had a group of 11 people come here. We were a little worried at the beginning of the week because it was supposed to rain all week, and most of our outreach plans had us outside. Luckily, we only had to move inside one day because of the rain. The rest of the days had pretty great weather which made being outside for hours feel great! I think our 4 days of doing outreach for 6 hours did pay off, too. I saw some people at our large group meeting that Friday I know we had met doing outreach that week. At the end of the week, we went and had a fun day where we took them to the Aquarium and to Clyde Warren Park in Dallas. They had a lot of fun.

I'm so glad that we have these students come down every year because I think it sets a great example for our students of stepping out on faith for God. It's scary to do outreach, and it's even scarier to go some where you aren't comfortable with to do outreach. But every year the ministry in Washington has students who are willing to come! These students spent over 25 hours last week on the UTD campus last week trying to have conversations with people. And they made relationships, and invited people they had met throughout the week to things we were doing. I saw people they had invited show up to things too! What a neat time to see God work. Every year it just proves to me how big God really is!

This is going to be an amazing show! If you can make it, then you should come. There will be singing, dancing, and even some improv. The art sale will have canvas art, candles, photographs, and so much more! It's this Saturday, so buy your ticket now if you haven't already! 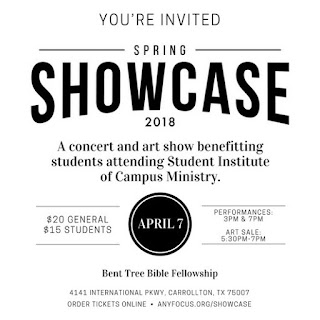 I'm going to finish with the student testimony, but I just wanted to thank you. I really appreciate you reading this and praying for our ministry. We could not do what we do without your faithful support! I'm just so grateful for you:) 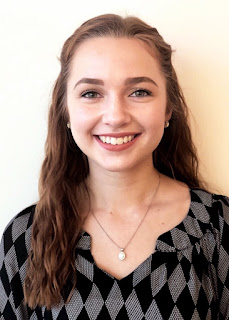 "When I first came to college, I was worried about finding a good, Christian community on campus. Luckily, I had a friend from home invite me to FOCUS at the beginning of the year, introducing me to a community that radiated acceptance and spread God’s light throughout campus.

Right away, I felt immediately included and got involved in a small group, which provided me a great community of believers and friends. Establishing this strong base at the beginning of the year eventually helped me through the tough times I faced later on; I was confronted with many things I had never been tempted with before during my first semester. That semester, while in a musical, I was around many older people who frequently drank. I drank a couple of times and justified my underage drinking while judging others for falling short in the same way. In my family and high school, I had been labeled the “good kid”.  I had never built up the self-control against these inclinations and felt ashamed when I gave in to temptation. However, with the help of my Corefas and friends in FOCUS, I was able to stop these bad habits before they became too serious and find forgiveness through Christ. Now, rather than judging others who struggle with that temptation, I can empathize with them and share how God used FOCUS to help me overcome my own obstacles!"